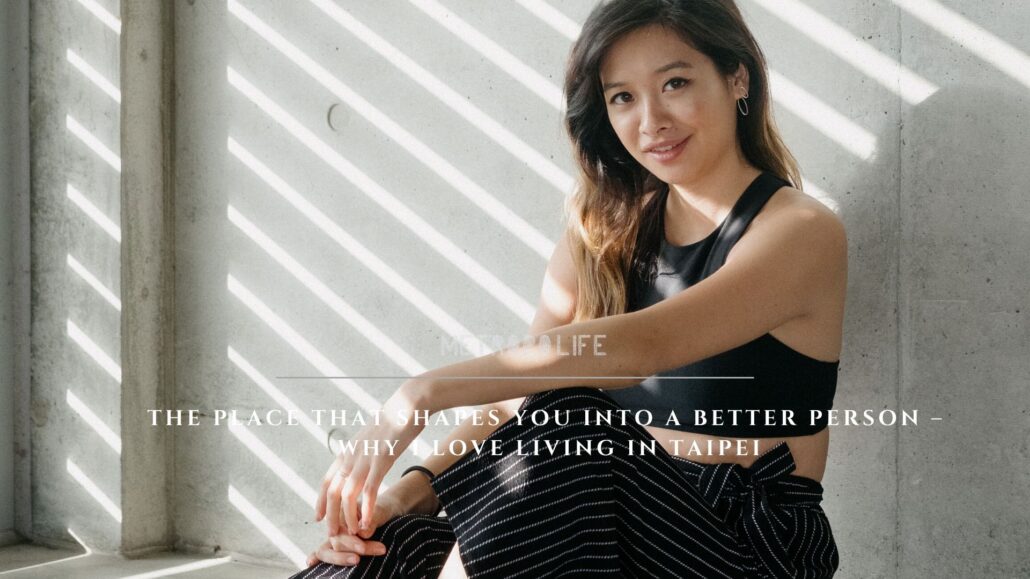 It’s Valentine’s Day (as I post this) and I feel like sharing lots of love and kindness because that’s what this commercialized day is about and what we forget on many days, especially when we are stressed and frustrated. Also, no one got me flowers or chocolate or wrote me a confession, so I am just gonna go write a love letter to Taipei. I haven’t been writing for a while so bear with me if my thoughts will be a bit scattered or repetitive at times. It’s one of the posts where I just write it out and not edit much before it is sent out into the world. The last few days have been reflective, and I remembered a realization I had a while ago.

Many months ago, during an expo here in Taipei, I spent a few days just advocating and talking about what I do or work within Taiwan and what our company is doing, but the most common question I got was why I decided to move here? As someone who has no family or ties to Taiwan, it came with struggles due to all the legal visa and residence issues and there is also a pretty low salary compared to Europe or most parts of the Western hemisphere. And I remember going on and on, having a whole monologue on why I love living here because Taipei is an amazing city (and how we have international clients so our agency gets paid higher than working with local companies..best of both worlds basically).

The bottom line is pretty much that I love this place and its environment because it shapes me into a different person – a kinder, happier and better version of myself. Let me tell you why. First of all, a little backstory. I was born and grew up in a suburban town in Germany, where there were more cows than people. After I started school, we moved half a dozen times within Germany before I moved out of my parent’s home with 19. I lived in France, Australia and eventually in Denmark for a few years before I went to Asia 2 years ago. All these places I lived weren’t rough or in developing countries, it was pretty wholesome and slow-paced. Europe was a great place to grow up in.

A few months ago, during the Pride Parade in October here in Taipei, when I had some kind of epiphany. I was asking my best friend Rachel during the parade, surrounded by thousands of people, why there we no barriers or barricades. And she looked with a big question mark in her face because she didn’t make any connection between my statement and the situation, so I followed up with “What if a car or truck mows into the crowd now? We are not protected.”. At this point, she probably thought I was insane.

Look for me, the question didn’t seem odd or too far off. I was very, very lucky to have left Nice just days before the incident during the French national day in 2016. I am forever grateful my internship was shifted and started on a Sunday, so I couldn’t stay and celebrate with my friends at the beach on the 14th July and witness the unbelievable horror that happened that night. And in the following years, I was lucky none of my friends based in London, Barcelona, Berlin, Paris, Stockholm, Copenhagen, and Brussels were injured during the series of attacks that we all witnessed. It became a routine at one point to reach out to friends who live in the city that was hit by an attack and ask if they are okay and to go on Facebook and check if they were marked safe. It became a part of life. In the past years, every main walking street in most European cities has a block to barricade the street for cars and vans. Christmas markets, bigger events or parades come with lots of security now and it became a part of it. It was sad, but we didn’t think it was not okay to have huge ass concrete blocks blocking the major shopping streets after a while.

And so, I started to list up all the other things that I used to worry about when I lived in Europe or China, things that stressed me or subconsciously were on my mind. Before living in Taipei, I was worried if someone would steal my belongings. I would put my wallet at the bottom of my bag, not carry too much cash and put the bag in the front basket of my bike. Yet I still had to go through the traumatic experiences of getting robbed in broad daylight, on my first day of work, a few years back in Copenhagen.

Now here in Taipei, I carry my things in an open bag. I leave my phone or laptop on the table in a café if I have to use the bathroom. I don’t need to worry in a packed station, night market or mall if someone bumps into me. And I heard from my friend that he is too lazy to change the battery of his car keys, so he hasn’t locked his car in a few months. I am not saying Taiwan is super safe and nothing ever gets stolen. Still happens. But the chances are so low. If you lose your phone or valuables and come back just to find them at the same place, or at the 7/11 nearby, or at the police station, usually. Local Taiwanese people are genuinely so kind and helpful. And the more I live here, the more I appreciate it because I had to bounce between Beijing and Taipei for a while in 2019. And yeah the Beijing politeness and helpfulness level is a bit lower. But the level of yelling is higher.

But here in Taiwan, I can always ask for help with my limited Mandarin and people will try to help me. My taxi driver or waiter will not yell at me if I need a second to find my words. Also, I can feel safe and respected and not worry to be harassed, even if its 3 am and I bike home alone, as a girl, passing a park or dark alleys. There are so many little and small positive things that shaped my life for the better. Not saying Europe or China was horrible but for me, Taipei is just making me feel more positive about life.

So, living here has made me less worried, less scared, less overprotective. It made me trust the people around me more and made me a nicer and more patient person. With a more optimistic mindset, hoping to spread more kindness and positive influences into the lives of the people around me. That doesn’t sound too bad, I think. These are the things I am grateful for and that I love about my life in Taiwan. All of this, I choose over a higher salary, a faster-paced career or driving without speed limit. I choose them over living in Europe or anywhere else. Because for now, all these positive factors shape and make me grow into a kinder and nicer person, into a better version with fewer doubts and worries. But who knows, you can’t plan out your life and I might end up somewhere else eventually. Ah and right now, the 8% income tax (compared to the 42% I paid as a student in Denmark) helps as well.

Thank you for taking the time to read this. I hope you have found your happy place as well 😊 Happy Valentine’s Day!